After saving up for what seemed an eternity and a bit of good luck I recently purchased my first seakayak and I've been really eager to get it out onto the water. Using bits of old river paddling kit I managed to pull together enough gear to get me going. I must stress that I'm not a member of any kind of kayak club, I  never have been. So with my river experience and a little knowledge from a few sea kayak books I decided it was time to get out there, out onto the water.

The plan was a short paddle starting from Oxwich to Three Cliffs Bay carry on a little further and turn back nothing major just a bit of water time to see how things feel. The weather was warm and sunny, however  a quick check with the Met Office for the inshore forecast became the only fly in the ointment of my plan.  Force 3 to 4 rising to Force 6 later. I decide to travel to Oxwich and see how it looks, I was a lot later leaving than I had planned but with boat on the roof I was eventually off travelling west down the M4.

As I near Swansea the sky gets considerably overcast and I notice the trees swaying vigorously. I began thinking that obviously 'later' clearly meant 'when I get to the launch point'. But I was wrong, as I clear Swansea and head out onto Gower the sun comes out and the skies turn blue again so much for Force 3 to 4.

Perfect timing, conditions at Oxwich when I arrive, flat calm. 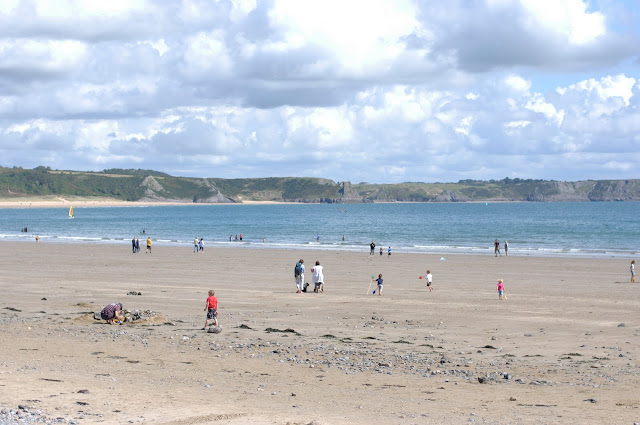 It's very hot with a slight breeze evident. Once I'm sorted I carry my boat to the water, by now I'm absolutely boiling, at this point I'm wearing paddling trousers and a wicking t-shirt. It's very tempting to get going just dressed like this however I decide against it and put my cag on, it starts getting even hotter. I haven't got the luxury of a waterproof camera so before I pack it away I take my last shot before I set off. 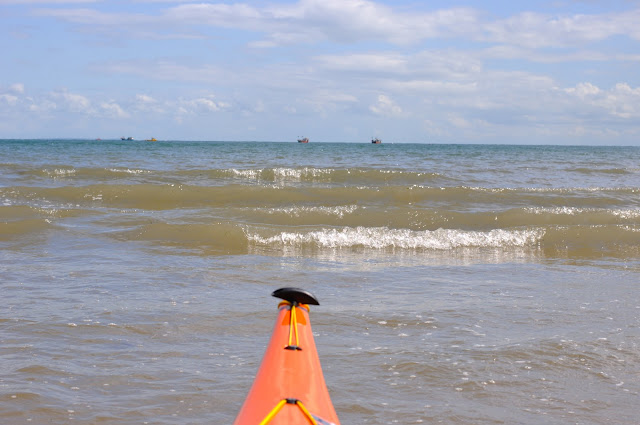 Check out the surf, just look at those monsters, only joking, I think even I could manage these on my maiden voyage. By the time the camera is packed I quite literally only paddle a few feet when I notice the colour of the sky has rapidly changed. Out with the camera again.... 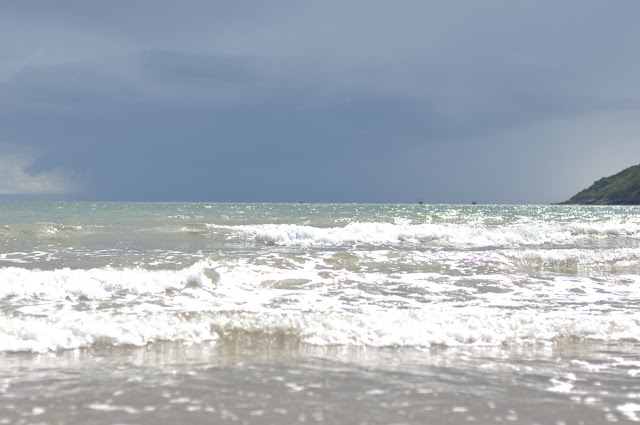 I carry on paddling towards Oxwich point. The wind is blowing form my left coming from my 10 o'clock. I keep an eye on the storm hoping that it is travelling down the channel and not in my direction. About halfway to the point I notice the sky has got even darker and appears to be heading in my direction. I decide to turn around and head back closer to shore and maybe see if I can make Three Cliffs Bay. My boat wants to trim to the wind and I have difficulty turning it through the wind. At  about this time there is a considerable drop in air temperature, the wind increases and starts being a bit pushy, things start to get uncomfortable. The sea changes colour and becomes noticeably bumpy, I am so grateful that I had put my cag on. I manage to turn the boat past the wind but through edging I've paddled an extended ark that's taken me further out into in the bay. I decide to start making my way closer to shore, the wind changes direction and is now coming from my left at about 7 o'clock. My boat starts to pick up the waves and rockets off racing them at the slightest opportunity. A bit scary at first but the Quest surfs, it surfs well, it's secondary stability is also good and provides a good bit of support, which clearly I needed otherwise it would have been swim time. White horse's appear on the surface beside me and it begins raining heavily,within a short time the shore is at hand. Out with camera. 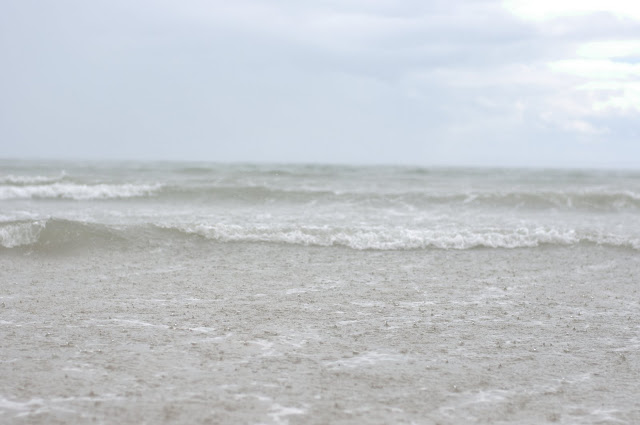 The waves are small but sufficient to allow me to practice some surfing and broaching skills. I adopt a routine of paddling out and surfing back in, trying to make progress across the beach towards Three Cliffs Bay. Not long after I get interrupted with the sound of thunder rumbling close by, I don't chance it, Three Cliffs Bay will have to wait. I don't fancy being crispy fried if lightening starts to strike.

The weather looks as if its going to clear from the west.... 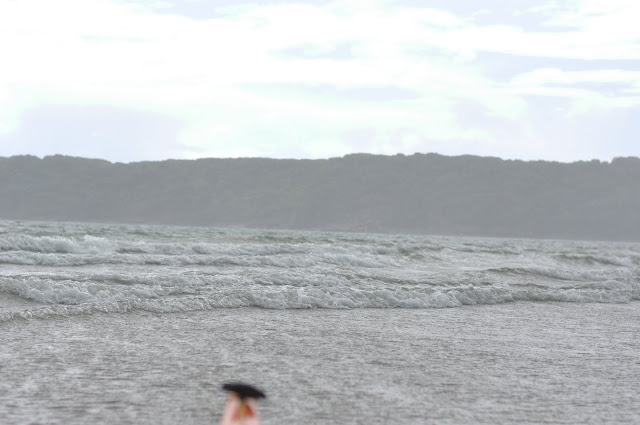 As I get out on the beach the sun comes out and everything returns to how it was when I began.. 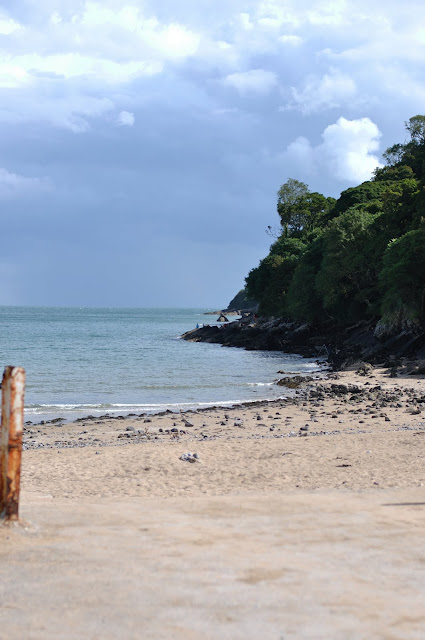 Many lessons were learnt today on this short trip, one of which was that 'later' as in Force 6 later, really meant 'when I get to the most exposed point of the trip'  (I'm not sure if it was a 6, probably not, but that's not the point, the message was received loud and clear though)

Anyway off to the Dr's now to get the grin surgically removed.

(Please note that I have since discovered that Oxwich Point is not the best place to go as a beginner, there lies a small tiderace at the headland. A sit on top fisherman I was speaking to in the car park told me of it, his advice, 'avoid'.