Today I decided to go to the gym, that really big expensive one, the one between Cardiff and Penarth known locally as Cardiff Bay. I had only a few hours to spare so I get going early hopefully before the city rises


I launch from the slip on Jim Driscoll Way in Grangetown and paddle up the Taff. This is a really good access point for using the bay but unfortunately like most things, you have to pay. Currently you can either pay £5.00 for the day or get a yearly season ticket that is calculated against the length of your boat. Both are available from the harbour office located upstairs in the leisure centre, there are other access points for the bay where you do not have to pay but they involve either a little carry or an interesting get in. 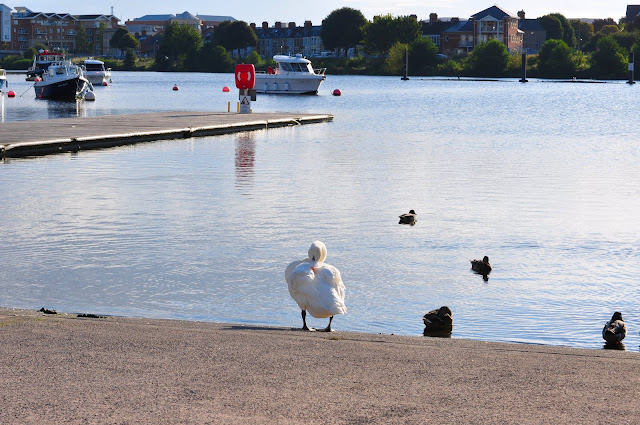 The scenery isn't amazing along this stretch of water but it gives me an opportunity to concentrate on technique, on today's menu is vertical paddle strokes and edging. Both of which I certainly haven't sorted, sometimes when I edge, the boat turns nicely and I can navigate the bends of the Taff without using sweep strokes, other times I head towards the bank like someone has switched on a boat magnet. However it didn't take long and slowly as I paddled further upstream I gained more control of the boat. 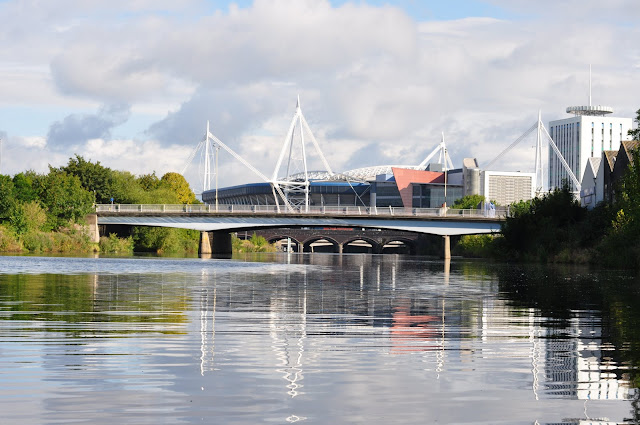 After a short while once you pass under the Castle Street Bridge the river banks become more appealing... 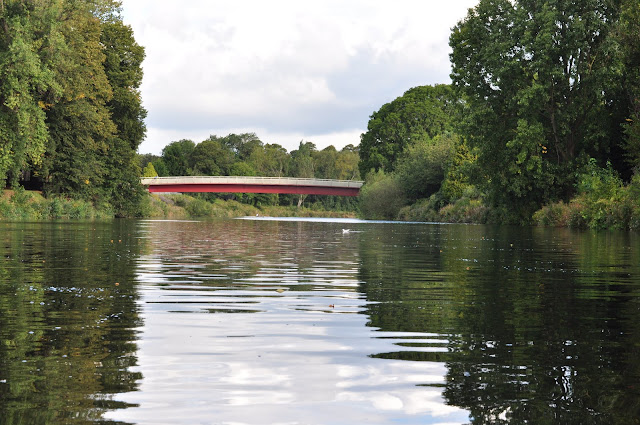 but this doesn't last long, as the river gets shallower I'm forced to turn around. 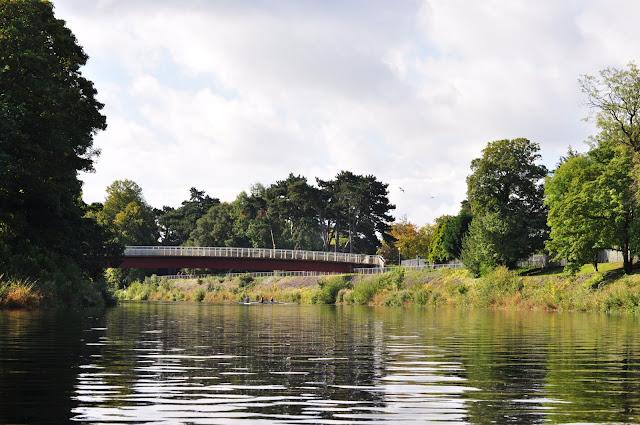 Whilst paddling up the river I was overtaken by a number of rowers or is it scullers, as I paddle back there are even more coming up towards me including a woman in a dingy with outboard engine, shouting coaching instructions to the rowers, suddenly the river doesn't seem to be that wide for someone with edging issues. I decide not to pop the deck and take the camera out as my boat tends to turn 90 degrees to the bank while I'm faffing about, I didn't fancy finding out what it was like to be a speed hump.

I carry on past the get in, out into the bay concentrating on my edging. I stop and look around, the sun is shinning on the roof of the millennium centre and reflects a lovely bronze colour. 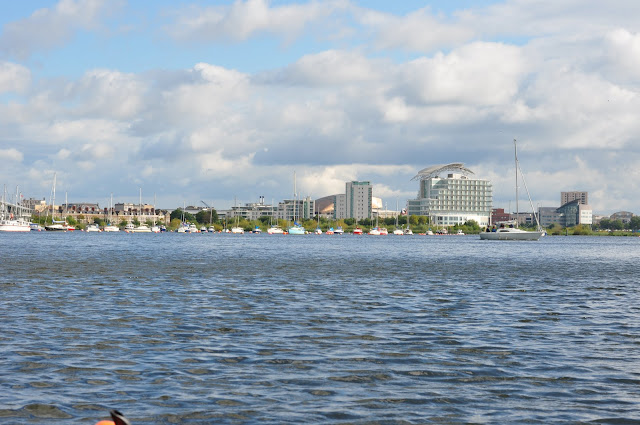 Unfortunately by the time I got the camera out the moment was gone. I head over in the direction of the Norwegian Church, is that the Black Pearl. 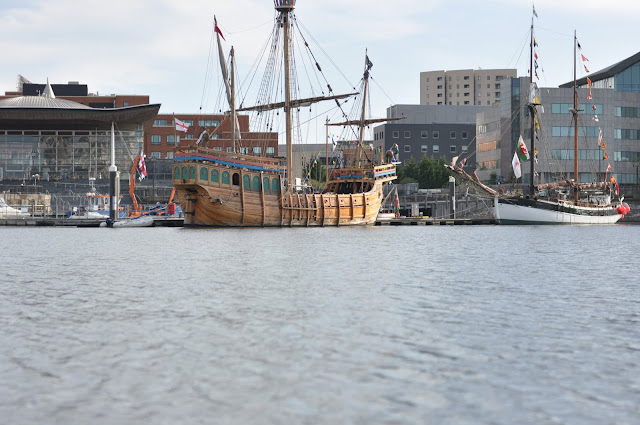 Maybe Captain Sparrow was kicking it back in Cardiff last night.

I decide to try and head back without getting run over,there are boats everywhere and I'm at  the bottom of the food chain. After a few heart stopping moments as I encounter the wake of a few boats (tip:-watch out for the yellow speed boats) I make it safely back to the get in where I see another paddler gearing up. I walk over and say hello, it was Peter from something called 'Glam Boaters" (I find out it is a Cardiff based kayak club) he tells me tales about a very inspiring trip he went on from Barry the other week and about his recent trip to West Wales which also sounds equally exciting, he also talks about somebody called Taran who is apparently a local sea kayak celebrity?

Cardiff bay is not big it doesn't take long to do a circumnavigation, but its a good place to go to blow the cobwebs out, practice a few skill or just paddle without having to worry about tides etc. I know I'll be back time and time again.