That's the time I had to get up to get this one under the belt, but as usual the best laid plans of mice and men.

The plan today was to complete what I had attempted a few weeks ago, basically leave Oxwich and get over to Three Cliffs Bay and maybe Caswell or Langland as well

I arrived at the planned time to catch the last few hours of the flood, but the car park was closed and the man with the yellow can of paint had been very busy around here. I eventually managed to park the car and got stealthily kitted up without too much noise. It was beginning to get light, I was already late.  I then had to carry my boat (no trolley) to the beach, it was a long walk but worth it when I got there. 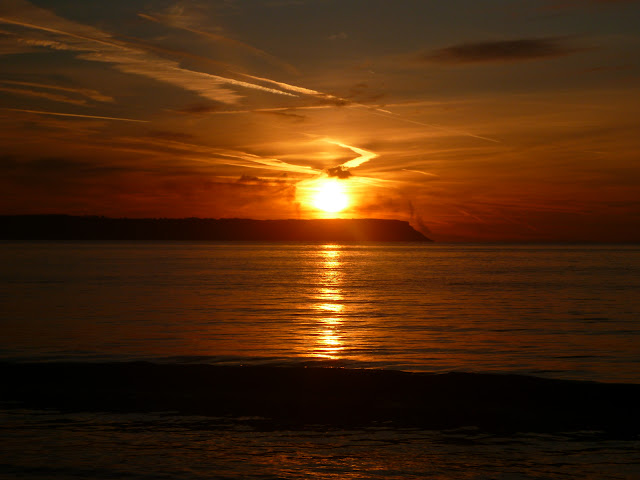 The sun was inching over Pwlldu Head and the water was like a mill pond, very very inviting, I quickly put my cag and bouyancy aid on and made my last checks making sure everything was clipped on, it was getting light very quickly now. 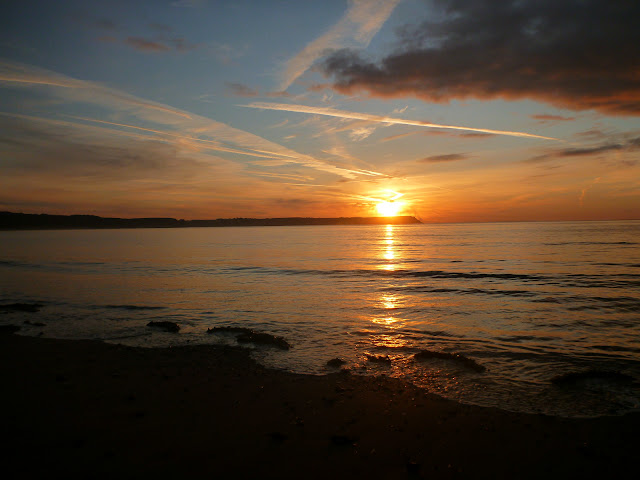 Don't look behind you....ooops, what is it with me and this place. More dark clouds building behind me. 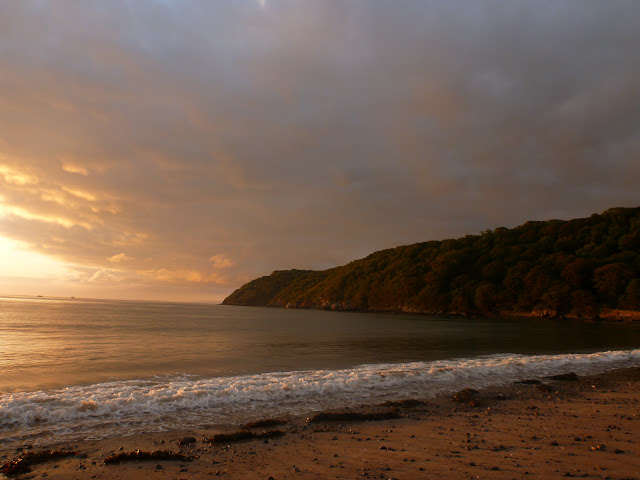 I jump in the boat and get going, it was like paddling across a mirror, but I was getting blinded by the sun and the glare from the water (yep no sunglasses) yet more stuff to remember to bring. 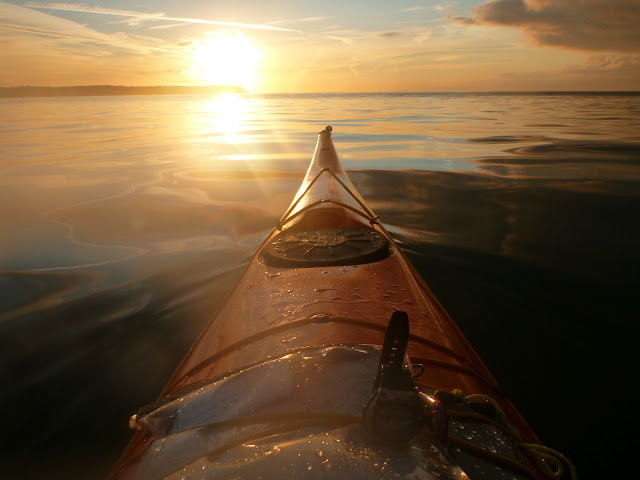 I don't know if I was in some kind of back eddy but I seemed to be making very slow progress, I hadn't made it halfway across the bay and there was little under an hour left on the tide, at this rate I wasn't going to make it. Change of plan turn inland and have a cuppa at Three Cliffs,  then follow the coast closely and see if I can make it to Pwlldu Head against the tide.

Now, I thought I had planned this one well but I hadn't factored in swell, the further west I went I became increasingly aware that every few seconds I was rising over some bigger mounds of water travelling towards Three Cliffs which is where I wanted to go. Because of the sun I couldn't see what was happening at the shore but I had my suspicions, as soon as I made the turn the boat rocketed off, I had found a hidden turbo button.

As I neared the shore I could see that big plumes of spray were being sent up into the air as the swell broke on the cliffs of Great Tor. Suddenly the boat became wobbly,  my camera ability went down because both my hands were now super glued to the paddle, although I was comfortable I was aware my stress levels obviously had increased.

I paddle past Great Tor and had a look at Three Cliff Bay. Wind was being funneled down the valley towards the sea, causing the breaking waves to steepen and throw spray into the air, Three Cliffs was not on for me today, small windblown waves were coming from the direction of the shore as well.

I had about half hour left before the tide turned, I didn't fancy being out here with with wind over tide freaky stuff going on so I decided to land in the lee of Great Tor and have that cuppa and watch what happens when the tide turns. 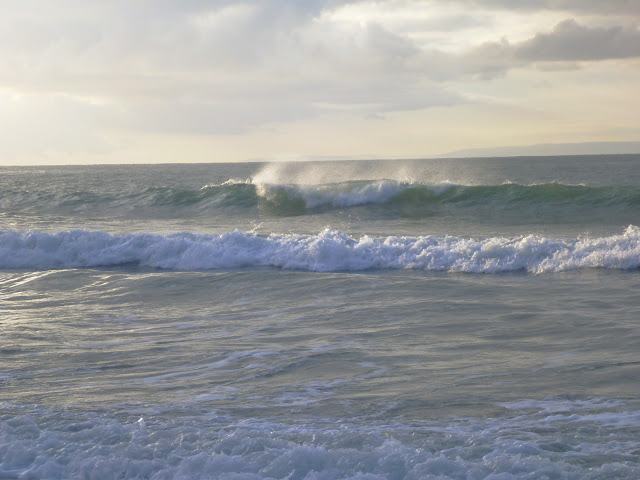 I make my way in through the surf. Surfing in was fast and dramatic but fun, no grace about my landing at all. I think the Royal marines would have been proud though, managed to get my boat further up the beach than some landing craft. Maybe I should have bought that plastic boat. 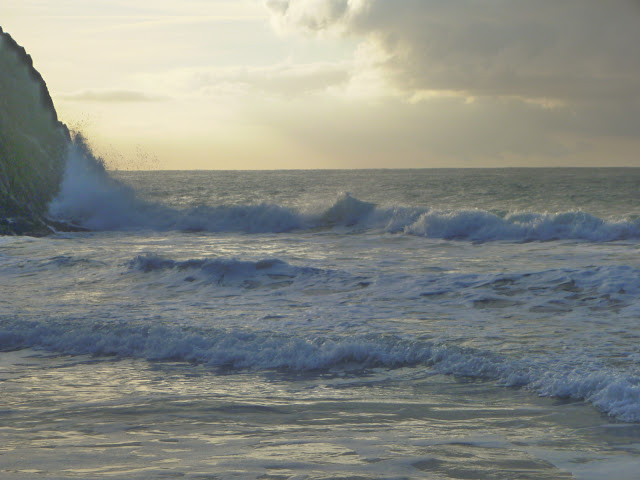 I have my cuppa and a sandwich on a completely deserted beach looking at the waves absolutely bliss. After the tide has turned I paddle back out through the surf, and back around Great Tor, unfortunately nothing has changed. In the distance it looks as if the same sort of thing is going on towards Pwlldu Head although the sea appeared relatively calm. 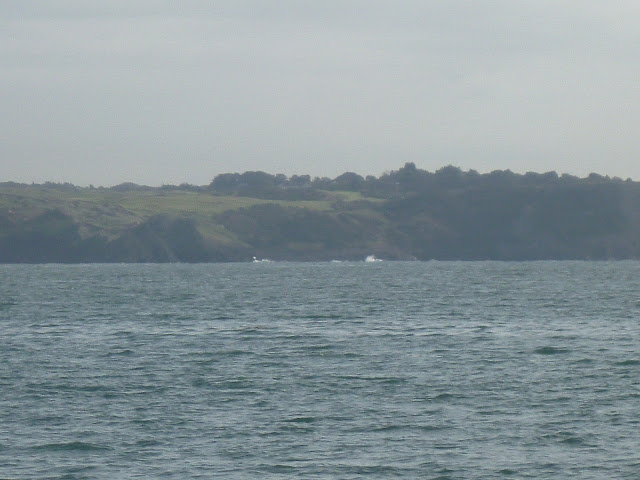 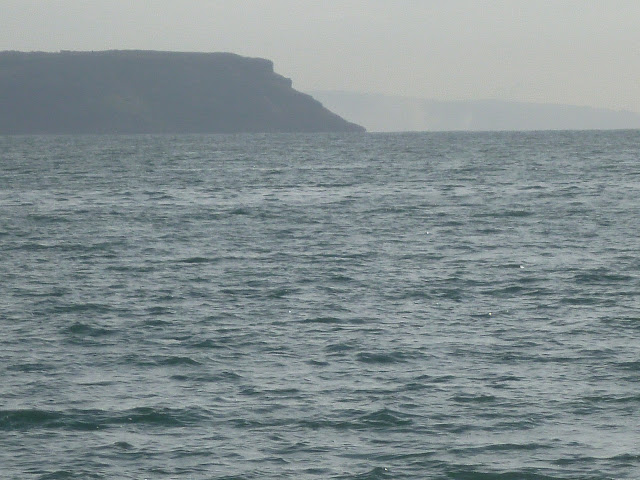 Being acutely aware that I was on my own and there wasn't anywhere to land safely after Three Cliffs until I got to Caswell, I decided to turn around and head back. As I paddled back I was feeling a bit wussy about this decision, I'll tackle this trip again but not just yet.

I completely mess up my surf landing at Oxwich, I fail to notice that the beach is a bit steeper at this level of tide, I try and practice stalling the boat on the wave but didn't press the brakes hard enough, all I managed to do was not to drop down into the trough and maintained my position at the top of the wave. Then I noticed the wave I was on had sucked all the water from the beach there was simply just gravelly sand in front of me as I was lurched forward, BANG! followed by some horrible fiberglass scrapping sounds before my boat came to a rest. Happily no damage caused (2nd time today I thought maybe I should have had bought a plastic one) Plastic 2, Composite 0

I was out for a little over 4 hours and despite not reaching my goals again, it was worth it for that sunrise.