As it's been a while since I posted anything so I thought I'd bring things up to date. I haven't been lazy, I've been getting out for a few paddles but just no further than the bay.

The one time I was invited on a paddle outside of the bay sods law intervened and I couldn't make it because of work, but Scott and Taran did http://scottkayak.blogspot.com/2011/10/cold-knap-to-aberthaw-back-161011.html.

On a few of my sessions down the bay I started to notice that my roll was getting weak, so I thought I'd go practice until I got it sorted. 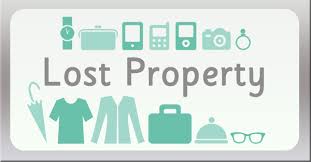 Everything started of ok ish, but I wasn't entirely happy. Then things started to take a downward spiral, I should have stopped then and there, but no I had to continue. I began relying on a reverse brace to get me upright in a stable position, then the next one failed but I got up on a second attempt, then it happened I couldn't get over at all, after three attempts and with lungs bursting for air, I swam. I did a lot of swimming that day and nothing has improved since. I've lost my rolling mojo.  I must say that this has knocked me me back a bit, I don't fancy paddling solo without a reliable roll.

With this in mind I did managed to get out with the Monday club the other night. It was blowing a gale and I honestly thought our little paddle would be cancelled. It was very windy, bumpy and to top it off, dark. All this made for a very interesting circuit, at least I hadn't lost my bracing mojo, which came in handy on more than a few occasions.

By far this was the roughest water I had paddled in, no way would I have been out there on my own in the daylight. It was scary but I just about held my own, brace paddle forward, brace etc etc I made painfully slow progress.  I couldn't make much out through the beam of my head torch other than the immediate waves around me and they looked big, concentrating on the lights of Mermaid Quay helped keep things level for me in my head and I was able to plod on.

A couple of points I noted for myself

a)  I need to stay relaxed and let the boat move under me.
b) Try and cut down the use of the brace stroke, it acted like a brake and virtually stopped me dead in the water every time,
c) My forward stroke was totally ineffectual against the wind, I was flat out and making very little headway.
d) I don't like rear quartering seas (probably because I don't know how to deal with them )

I was in good company though with Stuart, Mike and Taran. I gave the clapotis a miss at the dock gates though, sorry Taran.

When I got back to calm waters of the River Ely I had time to think as I paddled back to Up and Under. That paddle had pushed me and I'd survived, I just knew I'd taken a step forward with my paddling.

I tried to get out to Monday club but my transport is off the road at the moment.
Taran said it was an interesting paddle in the dark. Hopefully I can get there next week if its on

Couldn't get out that week Mrs went in to do over time and I was left with the kids.

I must try and go next week to Mondayclub, havn't made it since September before I went up to Skye. Wasn't sure if it was still on as Up&Under are closed now on a Monday. Hope to see you all there.

Scott, It was great fun, I think its affected me though, I now find myself wishing it to be bumpy. Might catch up with you next week then.

Stuart, I had that problem and ended up phoning the Canton branch and they didn't know what I was talking about. I think the key is contacting Stuart at Force 4, or speaking with them on Sunday. Maybe see you next week then.