At last, despite numerous previous invites I actually managed to get out for a paddle with Stu and Taran, and the best bit for me was that it wasn't going to be in The Bay. Today's plan was to paddle to Llantwit Major from Cold Knap on the ebb and return with the flood. 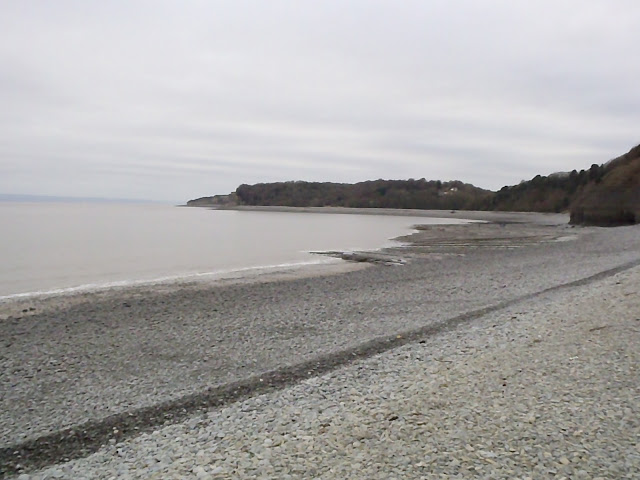 Timed to perfection, the small hull friendly sandy bit is starting to get exposed, and the water is like a mill pond. 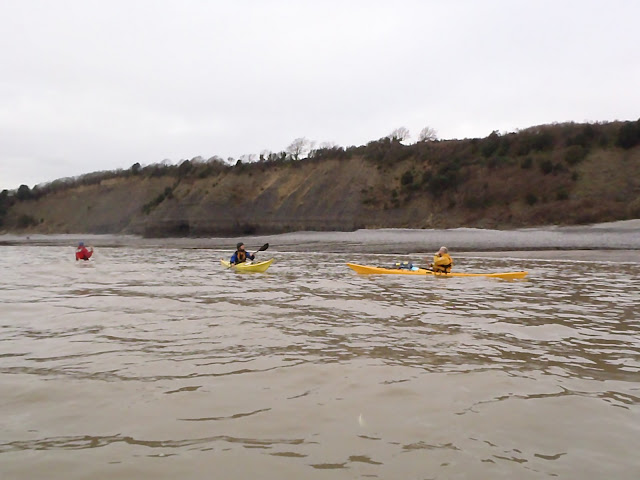 Shortly after getting on we meet up with Peter from Glam Boaters who's out having a bit of practice, he declines the offer to join us as he's been on he water for a while, maybe next time Peter. 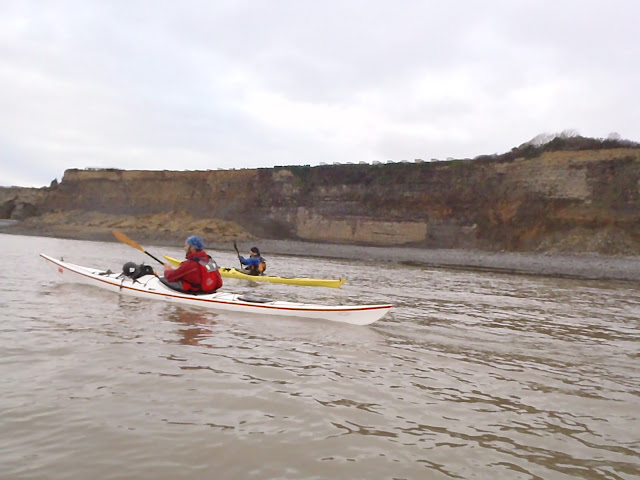 The cliffs of this section of coastline are made of sedimentary rock which makes them susceptible to erosion and ultimate collapse. A pre Christmas gift, passing mother natures landscaping gift to the rather concerned owners of the front row of caravans at Porthkerry. Hands up, a bit of a fashion fopa on my behalf,  it seems that Bandannas are a must have fashion accessory. 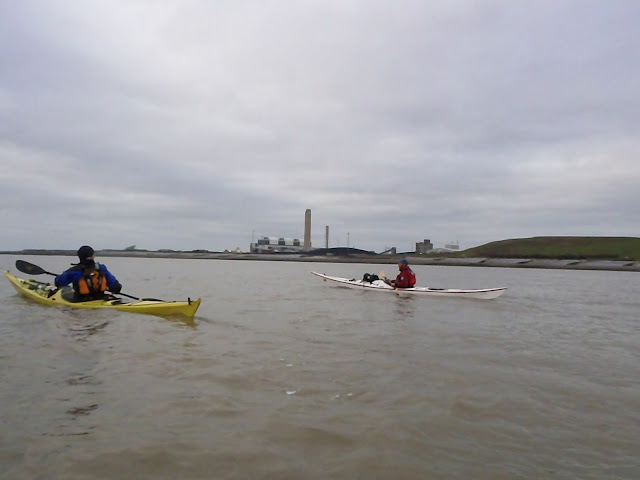 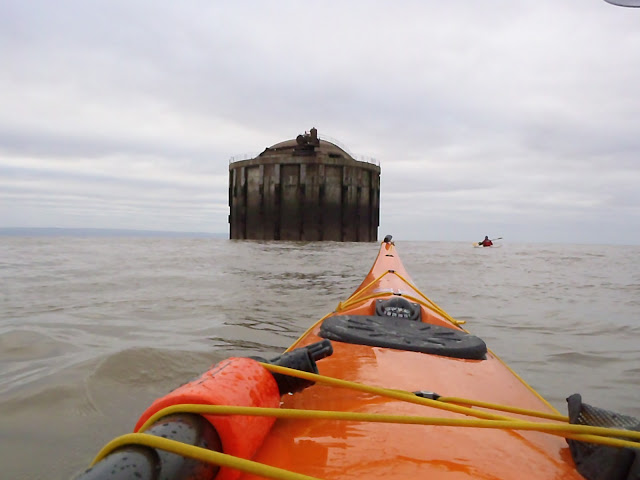 And it's associated water intake Tower, this was a dominant feature on today's paddle, you can see it from miles away. Stu and Taran explained that the water gets rather freaky around here when it gets rough, as that was not an issue today I paddle over to take a closer inspection. The structure basically  allows an eddy to form behind it,  but unlike a river feature it didn't extend in a straight line with a defined edge, rather more like a meandering path that was full of some large, bigger than boat size boils (upwardly moving water with rounded domed tops ) with one eye on the edges of these boils I cross over them testing out how my boat feels. All happy we carry on.... 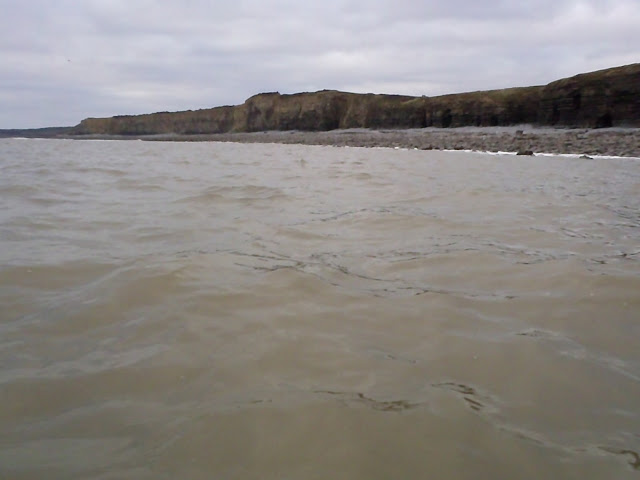 The above shot really encompasses this part of the coast, rather featureless cliffs that go on and on..... it would have a bit boring really if not for the company, it was really good chatting with Stu and Taran. Another feature of today's paddle was listening to Swansea coastguard dealing with what they believed to be a malicious Mayday call, apparently there is someone out there who has access to a vhf radio and is making Mayday calls for the fun of it, what a prat.

As the surf was big at Llantwit, Stu and I decided to wait out beyond the surf as we didn't want to land and risk damaging our boats on the rocks, however Taran did make it to shore though for a quick pee. I didn't take many photo's on the way back as nothing really changed from the shot above which was taken at Llantwit, except that the cooling tower you see on the horizon just kept getting bigger. 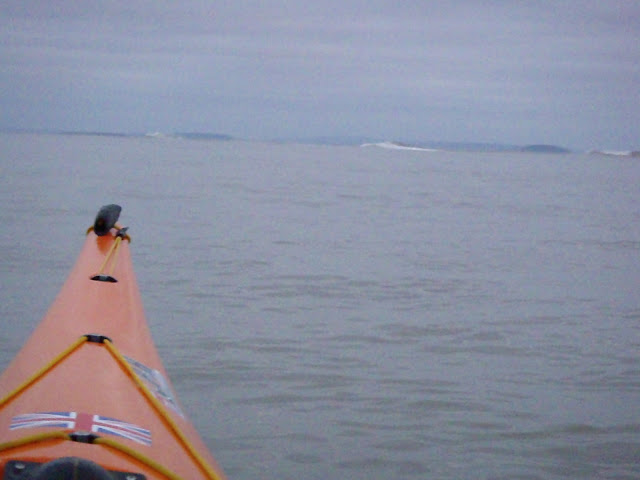 On the way back just by Rhoose point we noticed some very large waves breaking, Taran charged in, myself a Stu took the cautious approach and observed from a distance, the waves seemed to appear and then disappear with no indication that they were going to form. At one point it went all quiet for some time, then I heard a crashing noise from my right, Oh My God it was one of the waves, both Stu and I hit reverse at Mach 10 giggling like children.

Thanks guys for inviting me, I know it was a bit flat and uneventful but I did enjoy myself.
Posted by 51˚N Seakayaking at 11:12

Will try & get you some action next time ;D

Will try & get you some action next time ;D

Yes mate it certainly was different to the last time you ventured that way. If you fancy a blast around the bay or something, give me a shout.