Bleep bleep went the phone with the latest paddle alert from Taran "Paddle planned from Aberthaw to Lavernock, forecast about F5-7, should be quite lively" mmmm that sounds rough, maybe words like interesting, challenging and scary should have appeared in there somewhere. After a bit of umming and aahing on my part and a bit of encouragement from Taran I decided to go.

We had arranged to meet at Aberthaw by the Power station that I had passed literally days before on my first trip with Taran and Stu, on the way a massive hail storm hit and turned the roads white, with thunder and lightening as well. I wonder if a carbon paddle is a good conductor of electricity. On arrival at the beach all I could see was white but it wasn't snow this time, the sea was alive and throwing a tantrum. After putting my eyes back in, I was let off the hook, phew. The plan had changed, we were going to Barry Old Harbour. 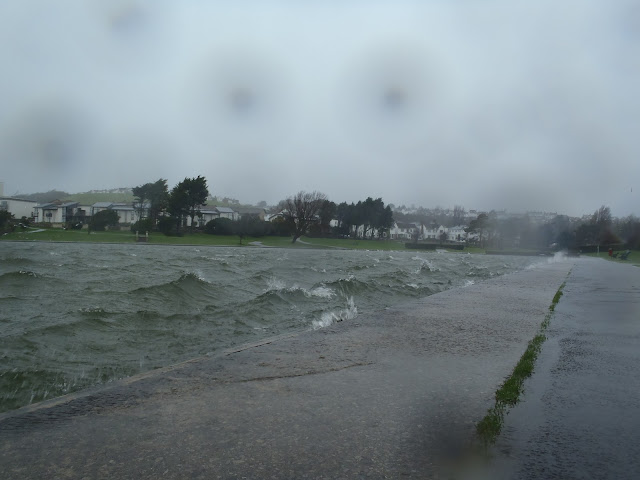 Actually guys , the duck pond is looking a bit 'interesting today' do you fancy that instead, was the thought that passed through my head on the way to the harbour. The weather today couldn't make its mind up, one minute sun, then hail, then wind.

The Old Harbour was sheltered and looked as if it was going to be surftastic.

We all started to have a surf, some of the waves were quite large but fun. I nearly T-boned Taran when my boat broached on a wave I'd been riding.

As the tide came in the water began to get lumpy, I was happy trundling around the bay getting used to the conditions. Stu and Taran went further out beyond the shelter of the harbour, to be fair they did try and encourage me out further but I was having none of it, the conditions out there beyond the shelter of the harbour looked 'challenging' it was windy enough in the harbour, baby steps for me I think. At one point Stu joined me we were toward the middle of the bay when it hit. The wind speed increased rapidly, snatching at the paddle trying to capsize me, I said to Stu that I was heading for shore to try and get in the lee of the cliffs. In hindsight I don't think he heard me. I slogged into the wind, each push forward on the paddle like doing a press up, the hail was lashing down bouncing off the deck, stinging in the face it was like being sandblasted, but somehow I was making progress. I slogged on and made it to the other side out of the wind. I turned to speak with Stu but he wasn't there oops Lesson learnt must check on other members of the team. Stu had met up with Taran and found it difficult to turn his boat, so they both headed to to opposite side to me in effect going with the wind. 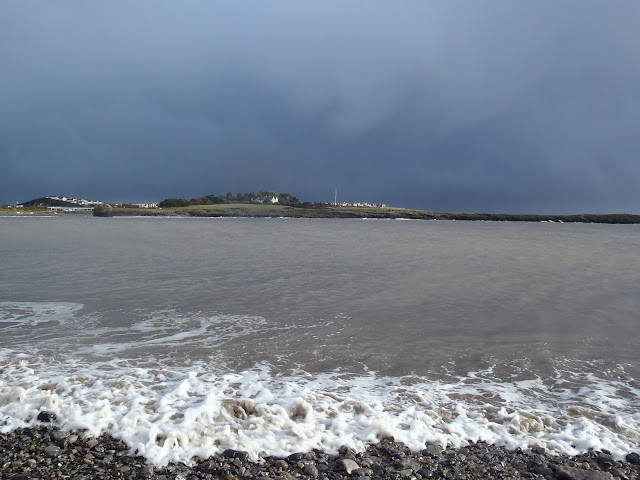 After the storm passed everything went flat, Taran and Stu began making their way over in my direction. 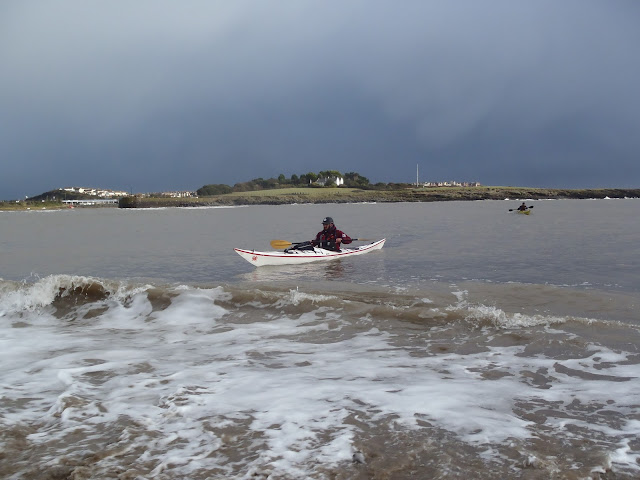 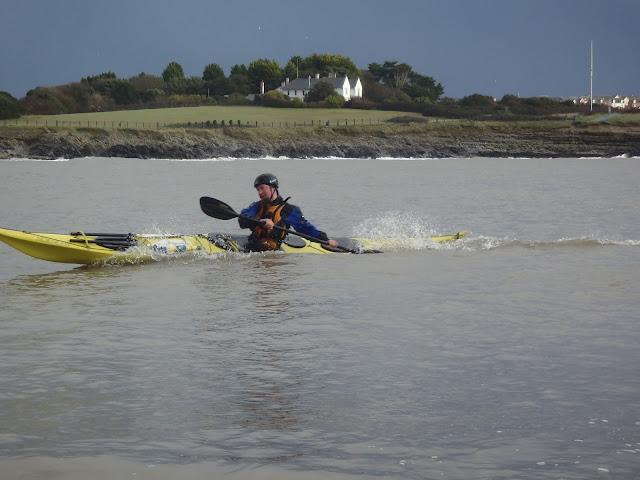 As if by magic, Taran conjures up a wave on flat water and does what he does best.

All in all I had a really good time, learnt loads and as usual had a laugh, well worth the frozen hands and another sandblasting from hail whilst loading the car.

Bloody hell mate. what they doing to you????
I walked the dog over the Old Harbour that morning and I had never seen it that bad.

I know mate, you should have seen it at Aberthaw. I'd contemplated paddling Barry harbour after reading your blog but wasn't sure about the parking. Good location though, I'll definitely paddle there again.