Toady I find myself back at Oxwich, only this time with Taran and Stuart. The plan for today's adventure is to turn right and head on down to Llangennith.  The sun being very welcome at Oxwich after the cold early start that we all had to make to get here. We weren't the only ones though, as we were loading the boats Stu noticed a seal basking in the water, absolutely superb. 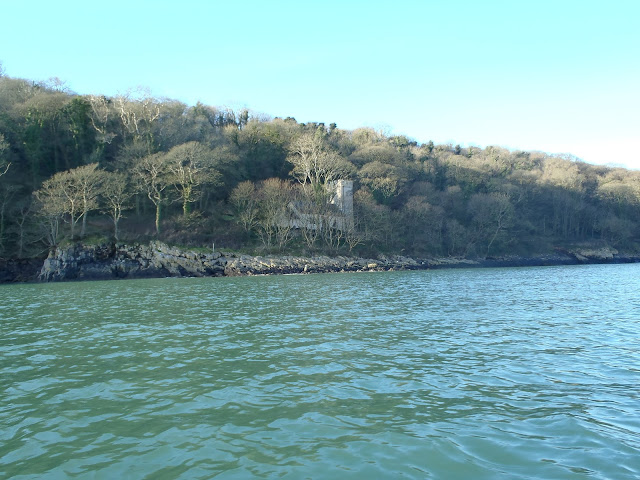 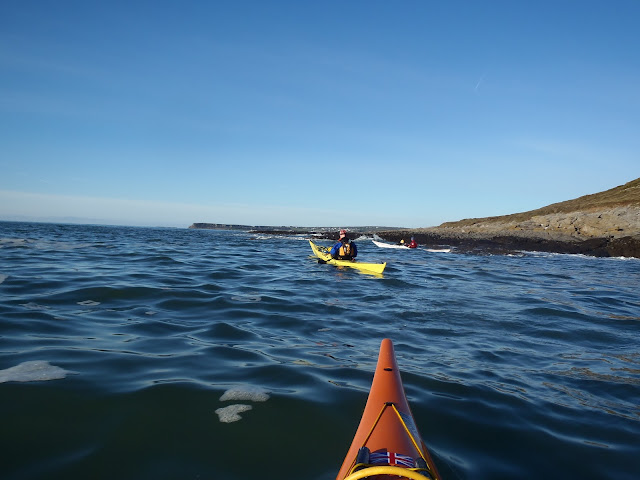 After passing Oxwich point we start heading west with the tide. 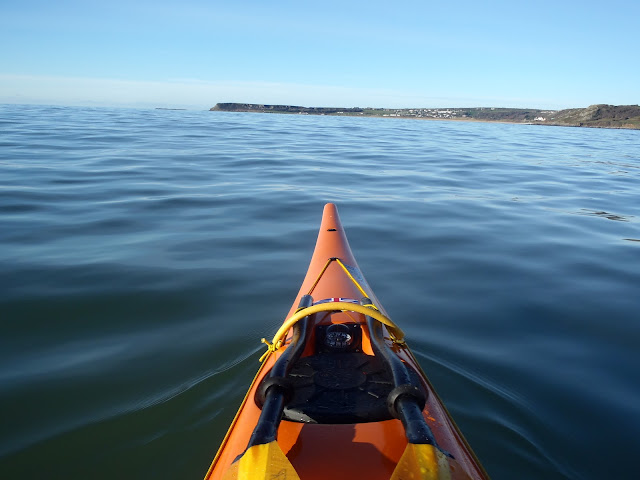 Our next land mark, Port Eynon in the distance. We begin exploring every nook and cranny on the way,  there is simply so much to see. 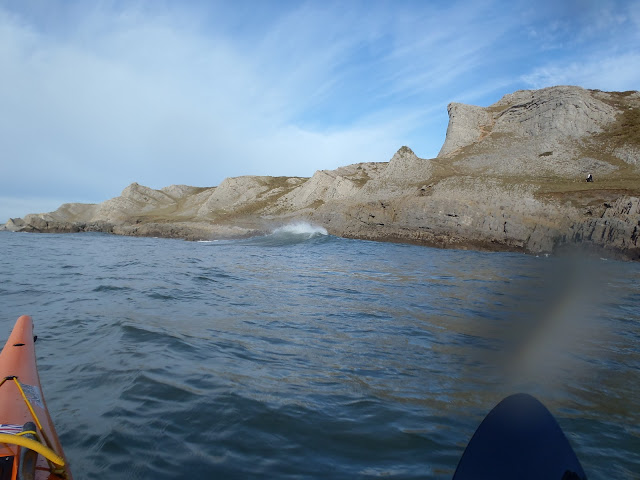 The coastline along this whole section is very impressive and just encourages you to keep on exploring. Its perspective is just lost on camera though, you really do need to paddle this section to appreciate it. 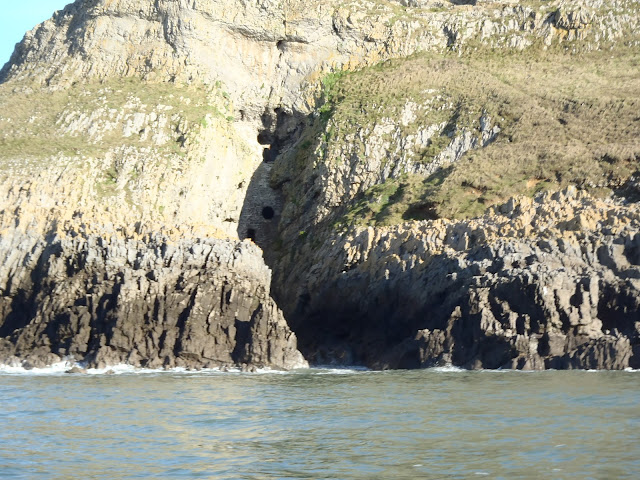 A dove croft or a place to stash smugglers ill gotten gains? Probably initially built for the former and then used by the later, who knows. Culver Hole is just west of Port Eynon and featured in one of the BBC's Coast episodes. 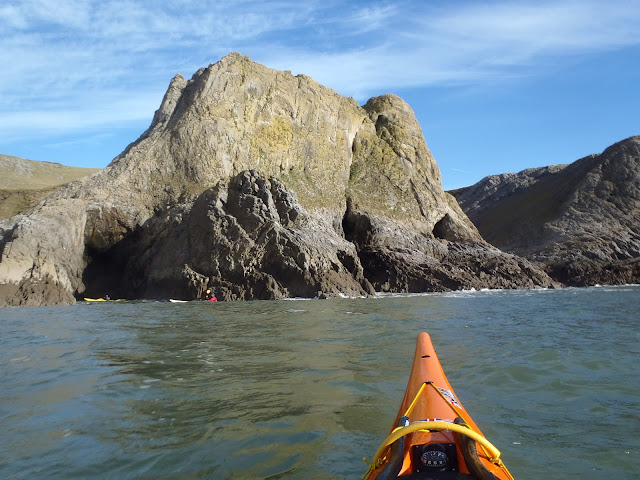 Probably the most famous part of the Gower Coast, Paviland Cave secured it's place in history when the oldest human bones to be discovered were found here. Initially thought to belong to a female they are now confirmed as belonging to a male. If you want to find out more you could always use the Internet, but better still pay a visit to Cardiff museum, certainly the last time I visited, there was a whole display devoted to the 'Red Lady of Paviland'. (I believe the actual cave is the one on the right of my bows) 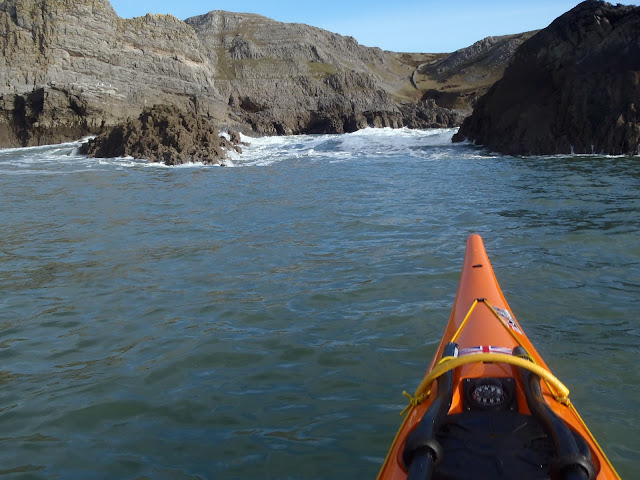 Taran and Stu discover this gap between rocks which periodically fills with a maelstrom of water. Can you spot Taran, you just know where he is....... 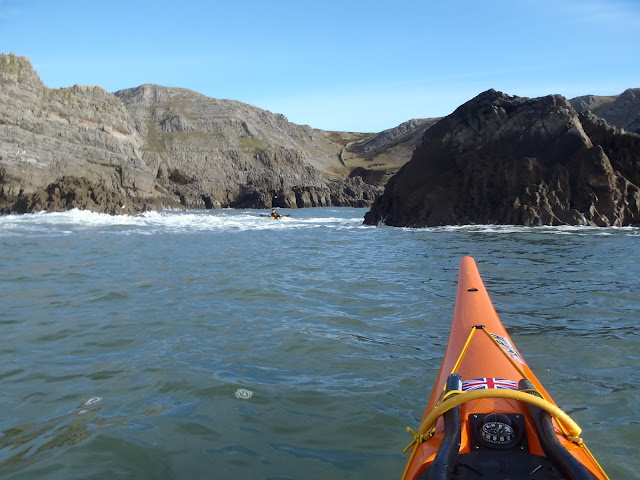 Yep right in the middle of it. 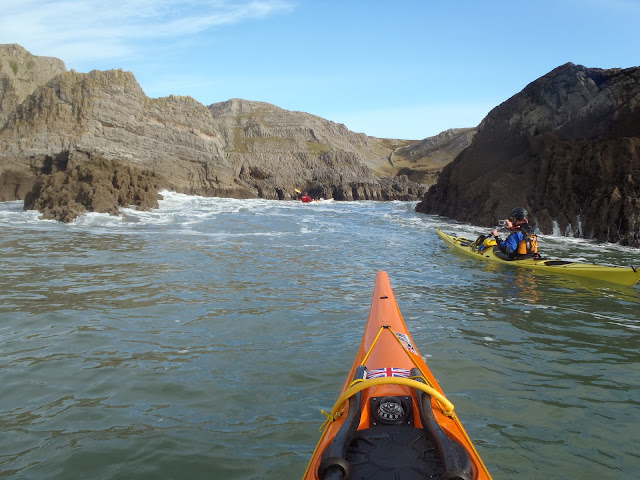 Stu has a go as well. 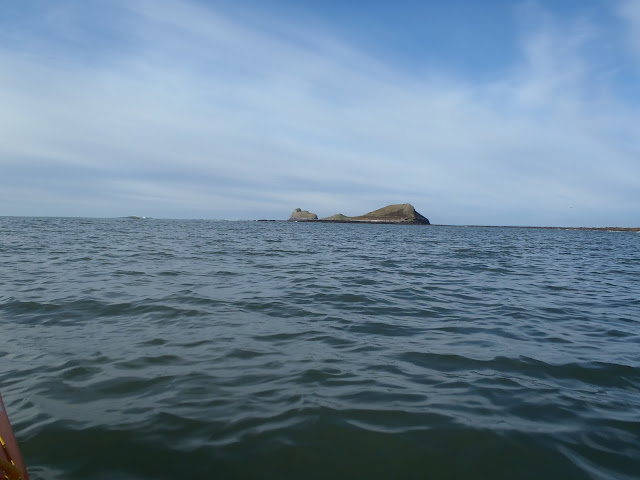 Our next target, Worms Head in the distance. There appears to be some large waves forming to the left of the head, but it's difficult to work out actually how close in they are.

Me taking in the view.. 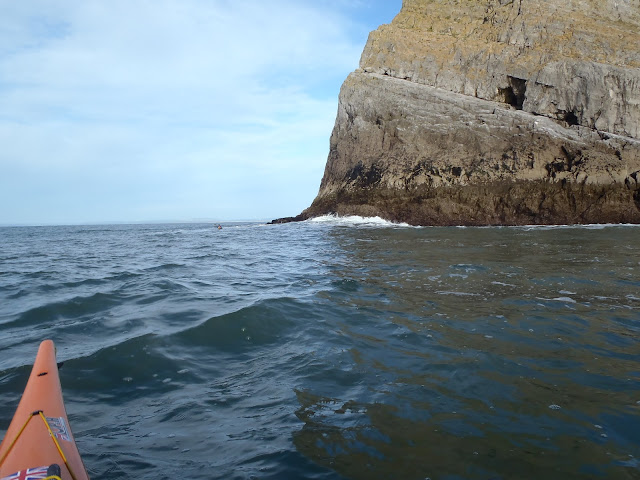 And at the headland, the height of this is just amazing, you can just make out Taran on the left. You simply don't get this perspective from walking on paths at the top of these cliffs, it's simply on a jaw dropping scale. 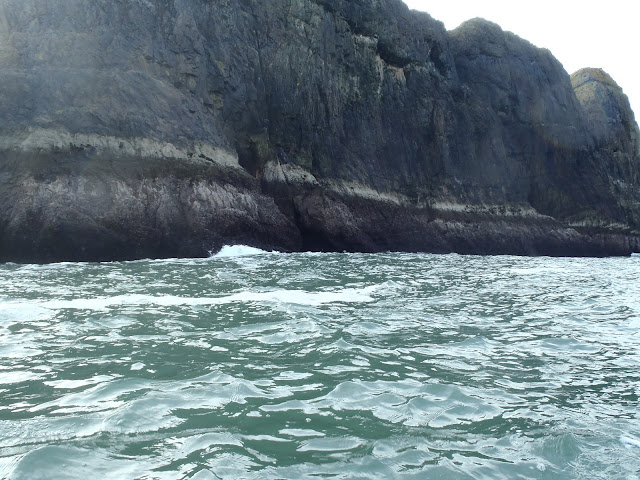 This was my last shot before my camera battery went flat. You might not believe this but there is a seal keeping a eye on us in the above photo. Zoom in if you can, its to the right of the breaking wave, on the line between the water and cliff. 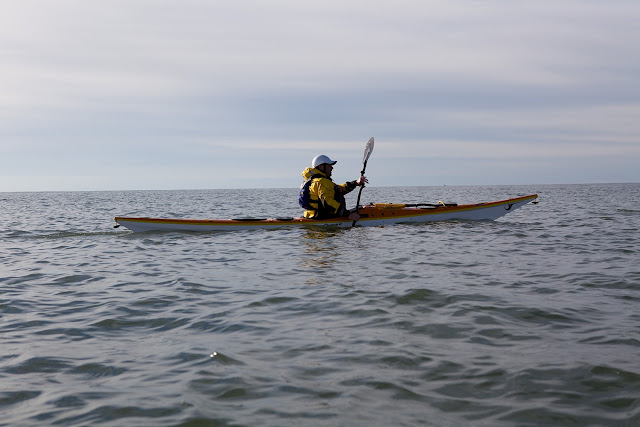 Heading back in the direction of the car, tired but with two obstacles still to negotiate. 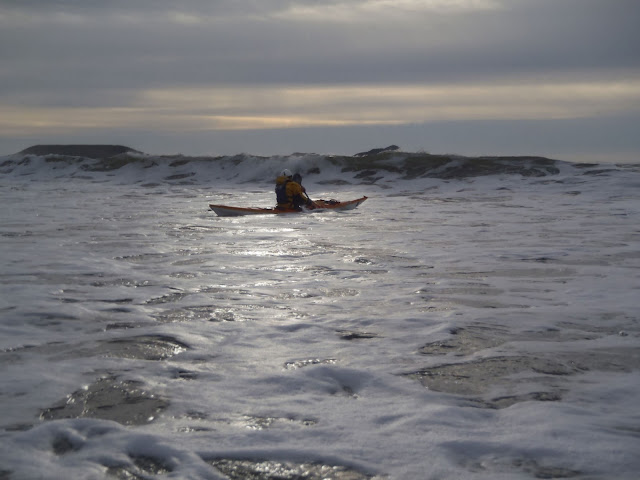 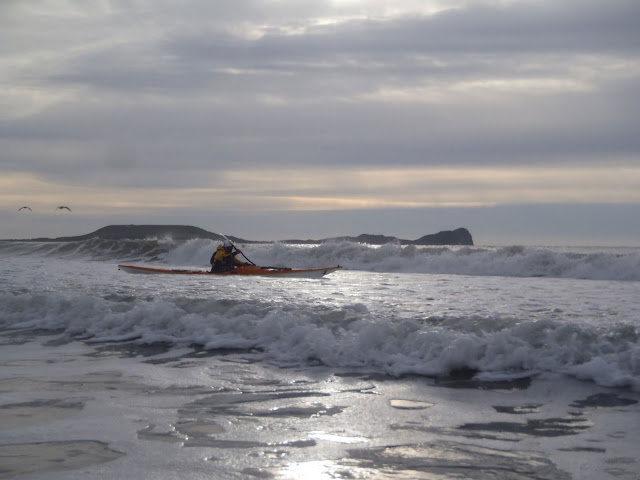 It was rude not to have a play, although small they certainly packed a punch. The other obstacle, well with the tide out that was just an horrendous walk back to the car. I think we were all impressed by this one, I know I was. For me the title of this post says it all.......thanks guys.